Horgen and its lake port have been, since the Middle Ages, both transportation hub and important trading center on the way from southern Germany towards Central Switzerland and Italy. The former journeyman house, the Swan Inn and the local museum Sust are witnesses of this time. Craftsmen who were important to the functioning of the former transport hub, lived in the city, the carriers on the Horgenberg. The market town of Horgen developed in the midst of the rural environment.

In 1804 at Bocken Inn nearby Horgen an armed conflict took place between the rural population and the Zurich aristocracy, as the latter resisted against the lifting of the land tax burdens.

Following the beginning of the industrial age there was an active, risk-taking entrepreneurship in Horgen. The gained economic freedom of the countryside in the 19th Century allowed the development of silk industry. Some of Horgen’s silk pioneers made sure that their products became famous on a worldwide scale. An American Consular Agency was established for the promotion of booming exports to America in 1878. A famous silk merchant from Horgen, Emil Streuli (1839-1915), lived many years in New York and, once he was back, established distinguished buildings.
See article on the silk manufacturer Emil Streuli in Zürichsee Zeitung (german):
click here

The development of technology and the pioneering spirit of entrepreneurs helped the Horgen textile machinery industry for many years to blossom and the community to growth, prestige and wealth. Today, service industries of various kinds, have largely replaced the jobs of the machinery industry. As a service center with over 20,000 inhabitants, Horgen houses such diverse institutions as the headquarters of Dow Europe and the seat of the Tibetan community in Switzerland and Liechtenstein.
(Source: Annual Journal Horgen 1996 and the webpage of the town Horgen.)

We are also active second home owners in Arosa GR, where we enjoy the mountains, the snow, the fresh air and nature. Friendships with locals and guests have a great impact on our life in Arosa. We like to become involved in various issues of this destination of tourism and want to help improving the communication between the various parties.
See article on second-home owners in Bündner Tagblatt, 16.08.2018 (german)
click here 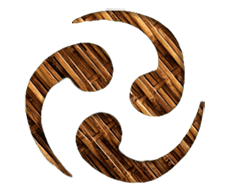